We have some very exciting news!

Daughters of Destiny, the Netflix documentary chronicling the lives of five young Shanti Bhavan women, has been selected for the prestigious “Television with a Conscience” award by The Television Academy Honors!

The Television Academy Honors celebrates “Television with a Conscience” — programming that inspires, informs, and motivates with the power to change lives. Established in 2008, this prestigious award recognizes the show-runners and producers challenging today’s social norms through storytelling.

Daughters of Destiny presents the lives of five Shanti Bhavan girls over seven years as they navigate two very different worlds – one of poverty and prejudice into which they were born, and another of opportunity opened up to them by their education and upbringing. Painting a picture of the real face of India’s rural poor and the dedication required to break the centuries-long cycle that traps them, Daughters of Destiny emerges as one of the most complex narratives of modern times about poverty, hope, and destiny. Click on the image below to hear Dr. Abraham George and director/producer Vanessa Roth talk about why this award is so important to Shanti Bhavan and its children.

This year featured a record number of submissions from some of the most talented creators in television, tackling the hardest and most important issues of our time. The 2018 honorees will be recognized at a special event on May 31st in Hollywood.

“Our dynamic television landscape is a catalyst for raising awareness of relevant issues around the globe,” said Television Academy Chairman and CEO Hayma Washington. “We are proud to be part of an industry that spreads understanding, uncovers truth, encourages compassion and shines a light on darkness.”

We encourage you to take this opportunity to watch Daughters of Destiny with your friends and family, and share your thoughts on the struggles, challenges, and triumphs of the children of Shanti Bhavan! 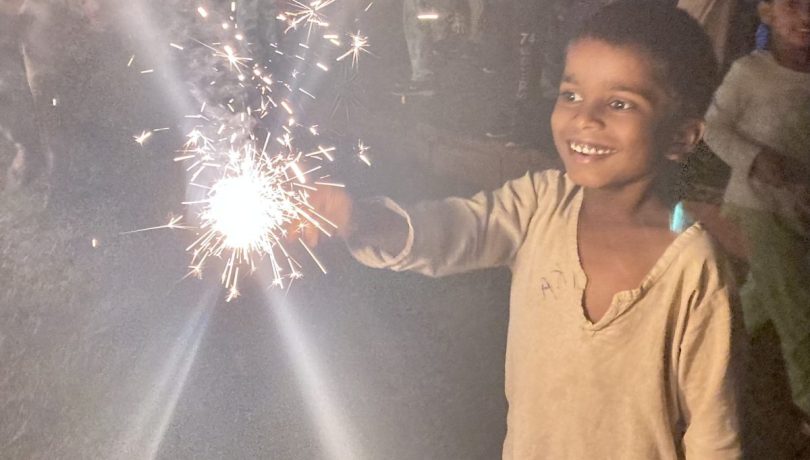 We're celebrating 25 years of Shanti Bhavan, and we welcome you to join us! The next 25 years start today. Ganga and Sam’s Big US Adventure!

Ganga and Sam are back from their trip abroad, and they had an amazing time! Sam and Ganga came to the U.S. at the invitation of Tufaan Entertainment, a student group at Northwestern University in Chicago. Both were great ambassadors for Shanti Bhavan!